In the early 1900’s casualties were in abundance due to a lack of understanding of the human body. Disease and illness became an everyday battle for those who had been discharged as “incurable” with no hope for a healthy life. Marketing ploys done for many “patented” drugs, such as “Dr. William’s Pink Pills for Pale People”, fed on this vulnerability not knowing that many diseases did not even require medical intervention.

“Pink Pills for Pale People” grew immensely in Great Britain and North America for their shiny pink coat and claims to cure TB, rickets, kidney diseases, and even paralysis . A new “miracle” drug had been invented that seemed to cure fatal diseases in a matter of days, purifying the “bad blood” that resulted in muscle and nerve disorders.

One case was that of a young daughter named Sophie Caspeele who suffered from a severe case of anemia: chronic weakness, loss of appetite, and poor digestion. Claiming to cure female ailments, marketing practices such as this one tugged on the heart strings of parents and suffering women. The pills became well-known and named for the healthy complexion that they restored to its patients. 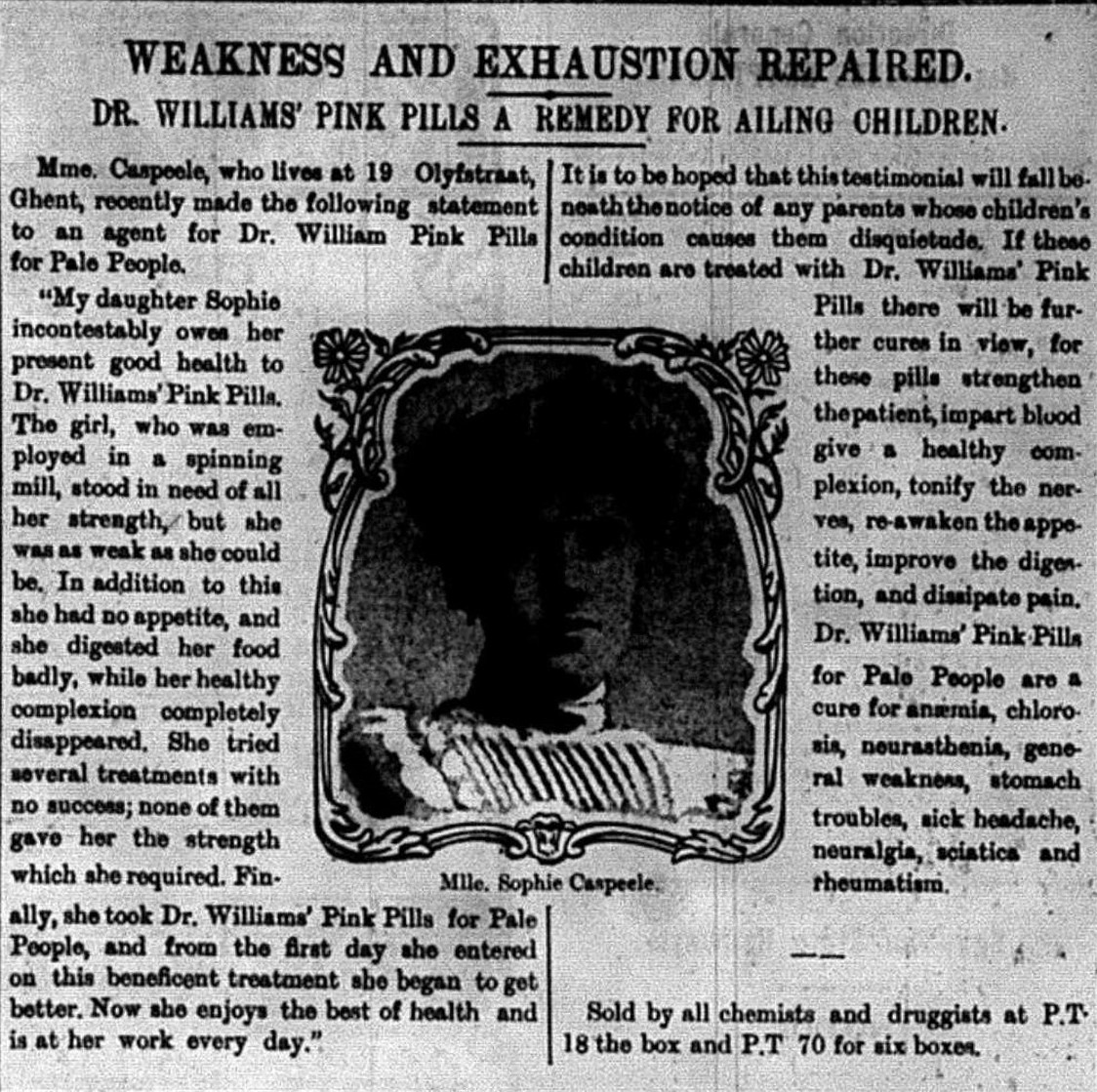 Later, the famous “Pink Pills” were discovered to contain merely “extract of Barbadoes aloes enclosed in a thick coating of sugar, colored with pink carmine”, yet continued to be sold into the 20th century. The “Pink Pills” were eventually exposed for quackery and withdrawn in the UK in 1970.

Though still flawed, this case of medical negligence shows the improvement needed and made within the pharmaceutical industry relied on by many even today. Marketing strategies fool us similarly in the 21st century as they did in the 20th with physical appeals and claims of the unbelievable happening, because it is not actually happening.