The Geography of Accidents

For my analysis project, I wanted to find data on where accidents occurred that were covered by the Egyptian Gazette. To do this, I started with the Xpath query //div[contains(., "ACCIDENT")]//placeName to find articles containing the word accident and a place name tag. This produced 279 results. To see which of these were classified as international, I used the query //div[@feature=wire][contains(., "ACCIDENT")]//placeName to search only in the Wire/Telegram section. This produced only 51 results, which were interestingly entirely in Europe and North America, with the one exception of a story from Jaffa, in Israel. This tells me that the Gazette reported on telegrams exclusively from the western world, most likely because the telegram system did not yet reach the rest of the world. I knew that people don’t always use the place name tag, so I was missing some relevant articles. To help find some of these, I used regular expressions and searched for “accident at \w+”, which produced 10 additional results. I then used this data to create a simple bar graph in Tableau, showing the frequency of the occurrence of each location in reference to accidents.

I also wanted to produce a geographical display of the data, so I used google maps to produce a simple map with pins in each location that occurred. The first layer, with blue pins, is the data from my initial broad search, and the second layer, with yellow pins, is the data I got from the Wire/Telegram section. This shows the spread of where the accidents occurred, but does not show the frequency of occurrence in each location, which is why I included the bar graph as well.

This data reveals that the Egyptian Gazette covered accidents that happened all over the world, but naturally the highest occurrences were in places in Egypt, especially in the Nile River Delta. You can also tell that Cairo is the largest and most industrialized city in Egypt, because it is mentioned in reference to accidents almost twice as many times as Alexandria, the city that the paper was in. This means that significantly more accidents occured in Cairo, because an accident would not have to be as noteworthy to be covered by the Gazette if it occurred in Alexandria than if it occurred in Cairo, and yet Cairo still has almost twice as many occurrences.

On a global scale, you can tell that there is an important British presence in Egypt, because many cities in England are mentioned, especially London (which makes sense) and Liverpool. This tells me people in Alexandria care about accidents that occur in England because they are from there and/or have investment/business ties there. Interestingly, nowhere in South America or Australia was mentioned in reference to accidents, which could suggest that people in Alexandria do not place as much value in the news about these places, or perhaps that accidents that are considered newsworthy are less likely to occur there.

The map also shows that newsworthy accidents occurred in all parts of the mediterranean, and this indicates that people in Alexandria wanted to be informed about Europe, North Africa, and the Middle East because all of these places were geographically close and therefore relevant.

In her article Alexandria, 1898: Nodes, Networks,and Scales in Nineteenth-Century Egypt and the Mediterranean, Lucia Carminati writes “The idea of this body of water itself is thus put to test: instead of a physical or methodological barrier, we must understand it as a space that enabled connectivity… Scholars have been challenging the idea that a stark border divided Europe and the Middle East up until modernity.” This data supports this idea that the Middle East and Europe are deeply entwined, despite the “East vs. West” mindset held by many people.

The British held some form of control in many parts of the world at this time, and yet this is not really displayed by the data. There are a few references to accidents in India, which was a british colony, but there is no coverage relating to accidents in Canada or Australia, which were under British dominion. The large cluster of British colonies in Africa to the south of Egypt are notably absent as well. This suggests that people in Alexandria did not place value in news from other countries under British control, which suggests that the British Empire at the time was not entirely cohesive. Britain was like the hub of a wheel, and all of the colonies were more like spokes, attached to the hub but not to each other. This could be a factor that led to the rapid decline of British Imperialism over the course of the 20th century. In Lord Cromer’s Ancient and Modern Imperialism, he writes “The great Imperial problem of the future is to what extent 350 million British subjects who are alien to us in race, religion, language, manners and customs are to govern themselves, or be governed by us.” He suggests that the problem with modern European Imperialism was that they had failed to assimilate the conquered people. This data supports that idea, because it suggests that people in Alexandria did not care significantly more about news of accidents in other countries under British control. 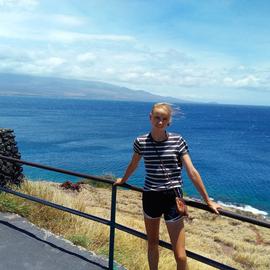